Hallo friends Welcome to today’s new Sad Story English. This is a sad story of a girl in which nothing other than her grief was found. Whether you are a boy or a girl, you must read this story if you have loved someone or you are desperate for someone right now.

Today the girlfriend we are going to talk about is Deepali and her friend’s name is Pinky. The two had a very close friendship, the two did not live without each other. Due to the presence of only one village and one locality, they were quite confused. Deepali was torn apart for a few days. Pinky suspected this. After all, nowadays why is it looking a bit disordered to me.

> Story of elephant in English

Pinky: Why is it Deepali, nowadays you seem to be changing something.

Pinky: No! This did not happen before today. Tell me what is it, my friend, after all, will you not tell me? Do not hide anything from me, I will always be with you.

Pinky: Come on, don’t eat too much, tell me directly what is the matter!

Deepali: I don’t know why Deepak (reads in Deepali’s class) is missing so much. I don’t feel like seeing her until I see her, what should I do?

Deepali: Yes man, this is the thing, I also like to study.

Pinky: So what do you want to do now?

Deepali: Want to meet her.

Pinky: Well, now that coaching will come, then meet. But tell me what will you tell him?

Deepak is a very good boy, he has always been successful in every examination of studies, not only this but was also smart and handsome.

To Deepali Pinky: There is a lot to say about you but I am not daring.

Pinky: Have you fallen in love with him?

Pinky: Well, after seeing a good time, let him express his love.

Deepali: But if she refuses?

Deepali loved Deepki very much. She could do anything for Deepak. It was his first love. Probably because she loved breaking up.

Pinky: Okay I talk to her. Now be happy.

Now the first stage of Deepali’s love begins from here …. Let’s start this story. Deepak and Deepali studied together in coaching. Deepak was considered the most handsome boy of his batch. The girls were crazy about him. But Deepali never paid attention to this. She just kept up with her own business.

But all this happened to him when Deepak’s eyes fell on him one day. Deepali was surprised. Because Deepak’s eyes were fixed on him.

At first, he felt this, but then when it happened many times, he had to believe it. Initially, he found it all strange, but then Deepali slowly began to like it.

Deepali’s life has changed since that day. She began to pay more attention to herself than ever before, always dressed up.

Coaching class started, everyone’s focus was on education but Deepali was immersed in this thinking how to talk to Deepak in the end. Because he could not dare. 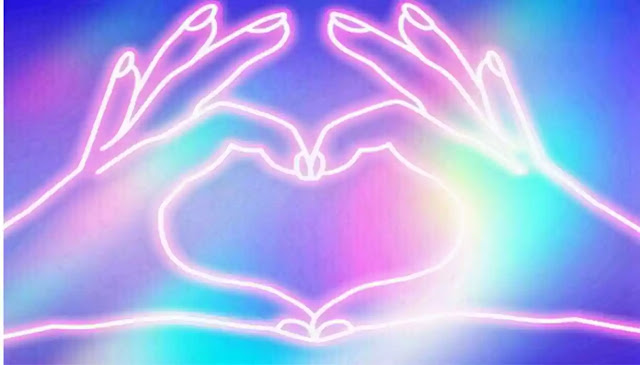 As soon as the coaching was over, everyone left for their home. Deepali was also returning home from coaching. Then Deepak came from behind. He stopped his bike near Deepali and said, “Come, Deepali, I will leave you home.” Deepali was no longer happy.

Deepali could not refuse him. She sat back on the bike. Deepak put the bike in the first gear and said softly, “Deepali, I want to talk to you.”

Deepali: What? Deepali asked with a flaming lips.

Deepak: Say it but not like it, man, let’s sit in a restaurant first.

Deepak took Deepali’s consent and took him to a nearby restaurant. There he expressed his love to Deepali. As soon as Deepali listened, she was left distraught, there was no place for her happiness.

Deepali was already a addict of Deepak. How would she refuse him. And thus both of them started running fast on the track of love.

He immediately went and told his friend Pinky about it. Pinky is very happy to hear that.

For a few days, their love went on like this only a few days ago, suddenly the lamp disappeared. Not only did he stop coaching, he also stopped picking up Deepali’s phone.

Deepali was stunned by his behavior, she could not understand what to do and what not to do. He messaged Deepak on hundreds of whatsapp, made fifty calls, but neither did Deepak come back, nor did he reply to whatsapp or call.

Deepali went crazy. Now his mind is not in studies nor in anything else. Neither she could sleep properly at night nor could she eat properly. All the time, she would remain immersed in Deepak’s memory and weep.

There was a day when Deepali was going to the temple with her mother. Then he saw a lamp on the way. Deepak’s eyes also fell on Deepali, but he went into a street unaware of her.

Deepali felt like running away and grabbing the lamp and shaking it. But because of her mother, she had to control herself. After returning from Pooja, Deepali pretended to have a mobile recharge in the evening and went to the same street where Deepak had gone.

By coincidence, Deepak was found coming from the front. He was stunned to see Deepali. He takes her to a friend’s house and starts apologizing. Deepali believed his words. And thus Deepali’s life again came out.

Deepali sad story English out of luck yes friends. But his happiness was not long. It was not long before Deepak again disappeared suddenly. This time his phone was off and his parents had also gone to vacate the house near the temple. This time Deepali broke badly. He stopped meeting everyone and kept crying alone all day long.

Pinki did not see Deepali’s condition. He decided to find out about Deepak. Pinky ran a lot, and eventually got success in this task. But she was shocked to hear what she came to know about Deepak.

Actually Deepak was associated with a criminal gang and he deliberately kept Deepali in the dark. Pinky also came to know that Deepak had relationships with many girls, just like Deepali. And he considered them only as a means of timepass.

Pinky thought many times to tell Deepali the truth but each time an unintentional fear stopped her. Don’t know that Deepali cannot tolerate this truth and take such a step, for which she has to regret it all her life.

Friends, Pinki could not tell the truth to Deepali, but we are telling you. If you look around you, you will find many such lampstands, who believe in the thoughts of boys without thinking and then waste their lives. Or hand it over to people who do not even appreciate it.

If the same is happening to you, if a boy is expressing his love to you, then do not get carried away in his words. First find out about it, find out its social status and history-geography. Otherwise, it might not happen that one day you will find yourself in Deepali’s condition, and then you might not be able to forgive yourself.

Friends, if this sad story touches your heart, then do share it with your friends, do you know how to avoid shattering the life of a Deepali due to you …